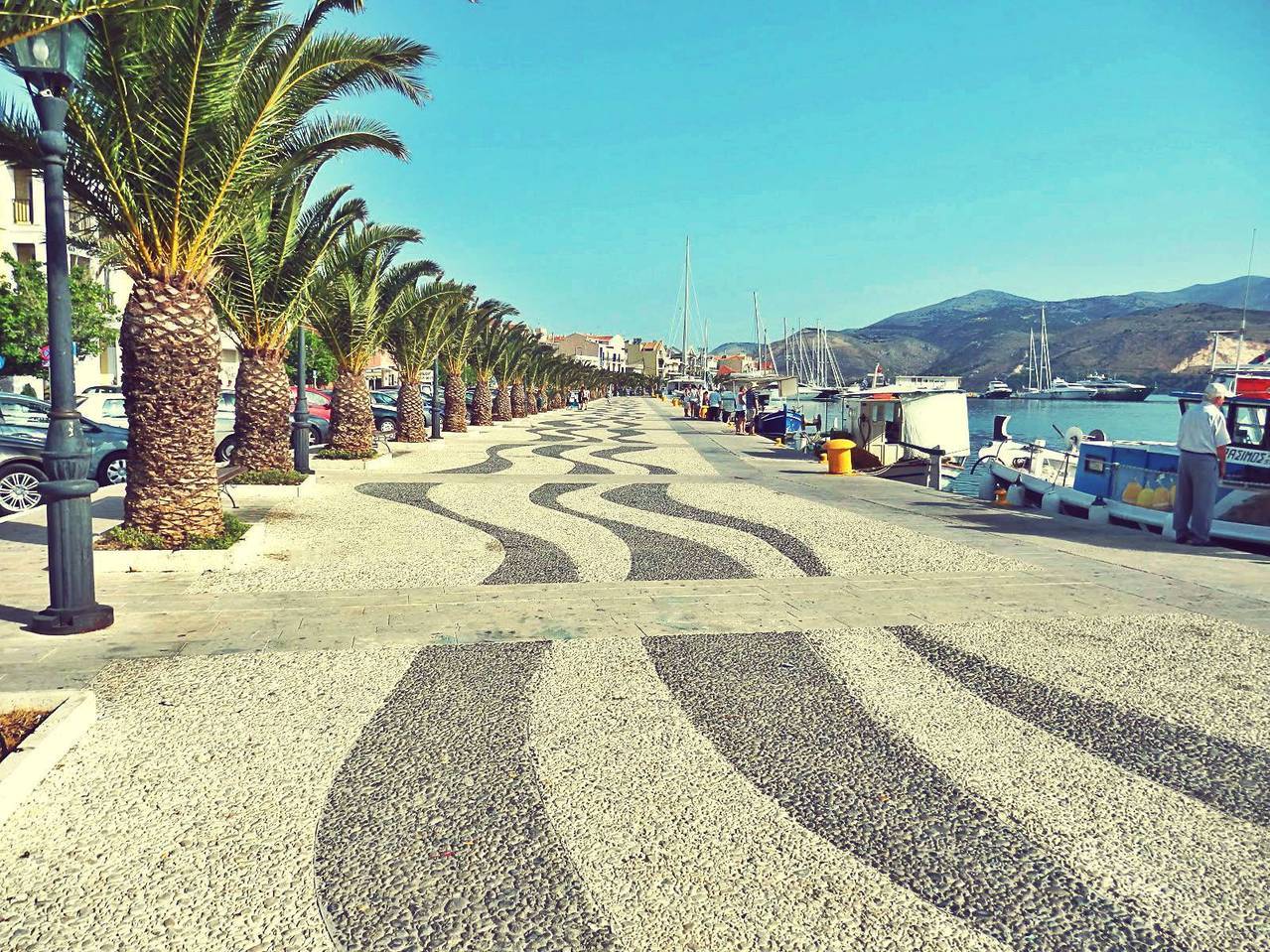 Pick up from the Villa

Visit of St Andreas convent & museum | The monastry was founded in the Byzantine era and restablished in the 16th century as a convent. The Greek Romanian princess Roxanne donated a large amount in 1630 and lived as a nun here. In the early 19th century the British converted the nunnery into a school and covered the beautiful frescoes with asbest.  At the erathquake of 1953 the white wash fell of the walls and the frescoes were redescovered and renovated. It runs as a convent again and the old church and the neighbour building are used as a museum  with treasures from the 13th to the 19th AD and includes also belongings of other Kefalonian churches. The right sole of Apostle Andreas is kept inside the new church.

Visit of St Gerassimos convent | The convent of St Gerassimos is the largest and also most famous of Kefalonia. It is situated in the valley of Omala about 400m above sea level.  The body of St Gerasimos, the island’s patron Saint, is kept in a silver casket in the church. A big festival is held at the convent twice a year to the Saints’ name day.  The day he died – 16th August and the date of the transfer of his remains  - 20th October.  Thousands of believers come to these festivals to worship the Saint. A impressive new church finished some years ago next to the older and much smaller one is used only  twice a year for the festivals.

Visit of Coop winery | Next to the St Gerasimos convent you will find the Coop winery of Kefalonia. Try the local wines, the dry white Robola wine with its yellow-green color and balanced flavour, the Melambus wine made from Tsaoussi and Vostilidi grapes, the red Linos wine made from Agioritiko and Mavrodavne grapes and others. The winery was founded in 1982, has 260 members and is the largest one in Kefalonia.

Visit of the old capital  & venetion fortress | Sitting on a 320m high hill the old Capital of the Island Agios Georgios. the center of the fortress was built in Byzantine times and expanded in Venetion time. Battles between the Ottomans and Venetians took place here. The walls are 600m long and it has a surface of 1600sqm. In front of the frotress the village of Agios Georgios with stunning views around.(free time for lunch)

Visit of the Italian Memorial | This monument was placed by the Italian government in 1978, after the release of the film "Captain Corelli's Mandolin" in 2001. It is in memory of the thousands of Italian soldiers who was massacered by the German troups during the end of the 2nd worldwar. Regularly commemorations held for the victims are seen as the example of the Italian Resistance during World War II. On the monument, different plaques are placed in Italian and Greek text.

Visit of Katavothres | This is a place with one of the most miraculous geological phenomenal. Sea water disappear into swallow holes. During the British rule corn mills were built there. In 1963 Austrian geologists added purple dze into the water and after 15 days it reached the Melissani cave and was mixed with rainwater.

Free time in Lassi | Lassi is one of the most popular tourist resorts in Kefalonia with a lot of shops, Restaurants and Bars. The beautiful sandy beaches of Platis and Makris Gialos can be found here.

Drop off at the Villa

Cost 45€ per person (include entrace fees)