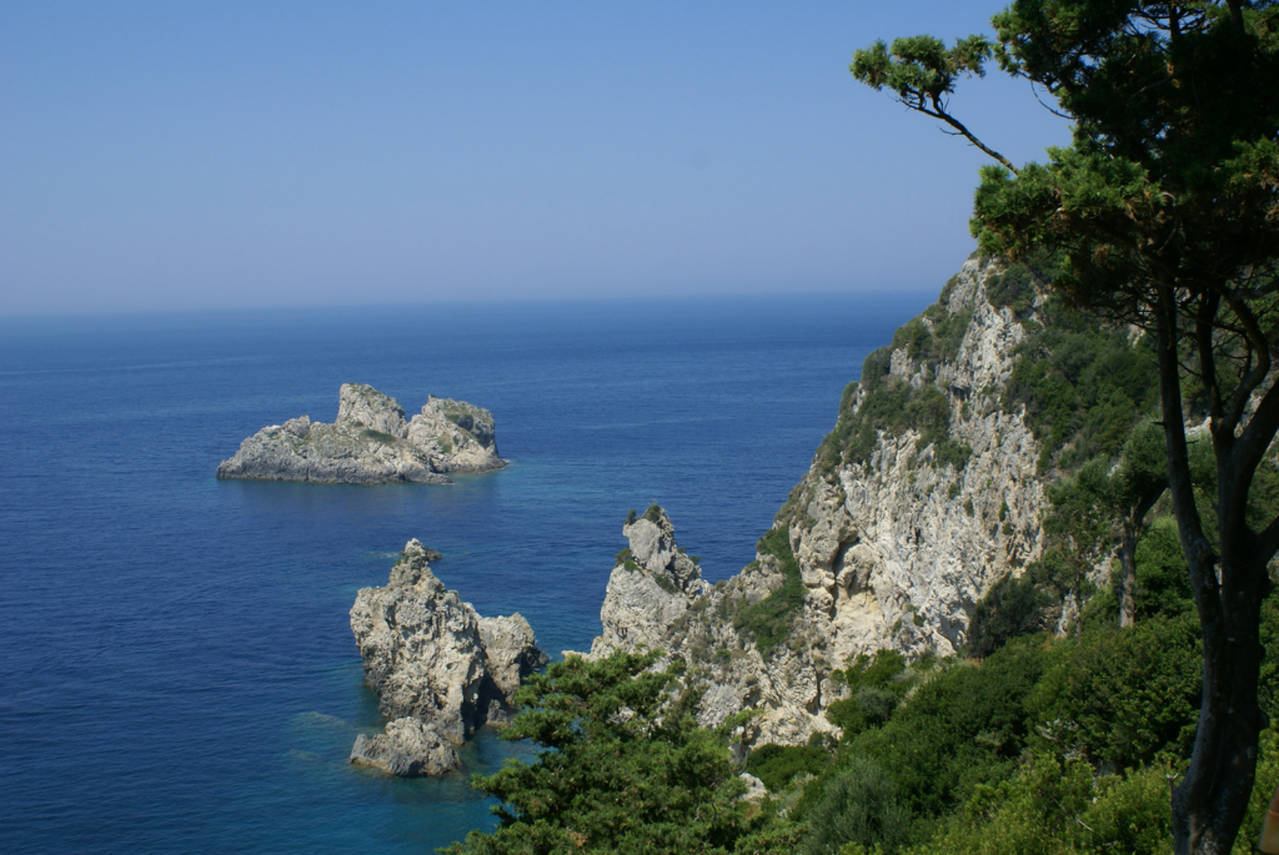 10 images that capture the exquisite light of Cephalonia!

Cephalonia has been described by Louis de Bernières in his literary masterpiece, ‘Captain Corelli’s Mandolin’, as an island whose patron god is Apollo, signifying the power of light and it’s many expressions, in this blessed place.

The sheer intensity of the island’s light, its reflections, its vibrance and its purity can be encapsulated in the following quote:

“It is a light that seems..completely virgin, with an overwhelming clarity of focus, heroic strength and brilliance.”

In...light of this revered impression, we have selected 10 images from recent visitors of our lustrous island, that truly capture the celestial light of Cephalonia, that so much infatuated not only de Bernières, but also each traveller who does us the honour. Feast your eyes on our island’s landmarks and natural beauty, graced by the glorious Greek sun, while the “extreme vestal chastity of this light”, plays a game of shadow, texture and depth. 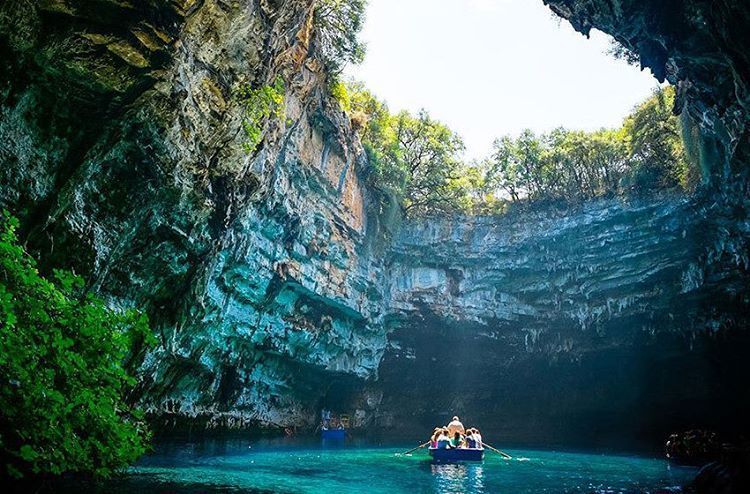 An open-air dome of solid rock, laced with sentient trees provides the gateway to the most aqueous emerald waters you’ve ever seen. The sunrays that hit this gaping crevice in the Earth’s bosom at midday, pour into the brackish sea of lapis lazuli, illuminating the slices of ancient rock that engulf the two water halls. The brilliant dance between the moving body of aquamarine water and the particles exposed by the light shafts is positively captivating, while the crepuscular rays in case of clouds make this den of Nymphs, an alluring natural wonder. 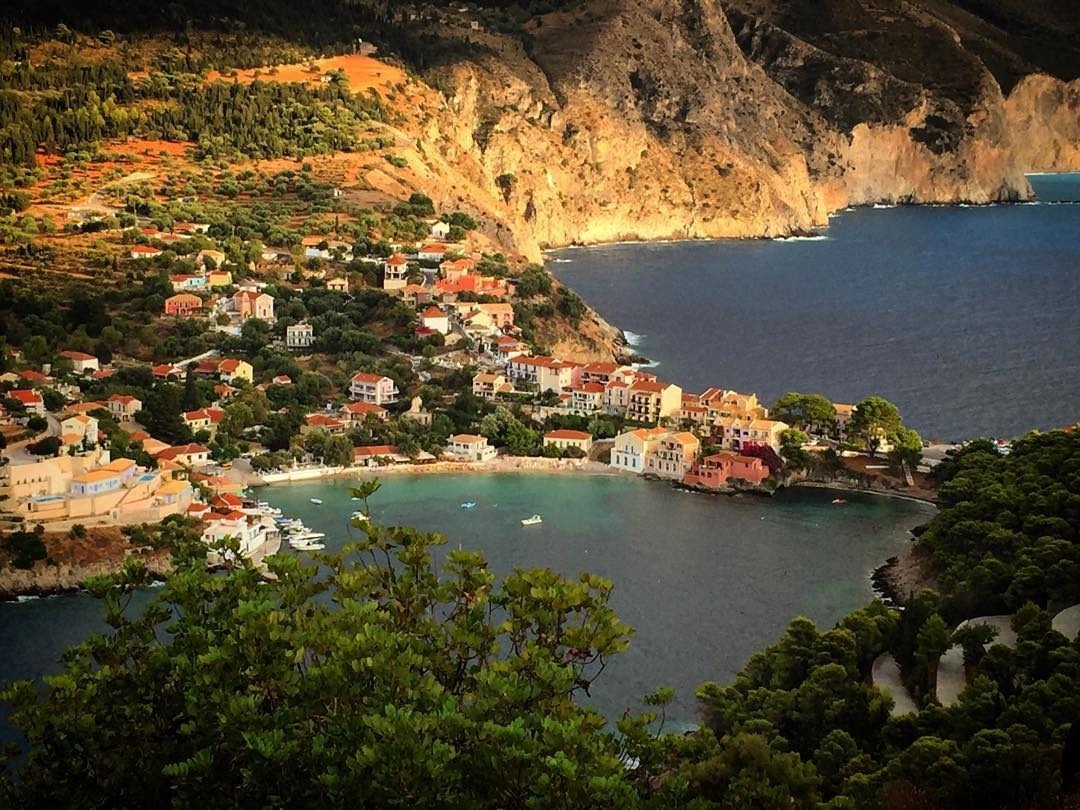 A picturesque village that is quaint and colourful, filled with traditional houses and friendly people, and holds the remains of a Venetian castle. Centered around a small bay, it is a perfect choice for a late lunch on the seafront tavernas, as the catch of the day is proudly displayed by local fishermen to entice degustateurs. Its narrow alleys will charm you, strewn with mauve and white bougainvilleas as well as little shops and beautiful churches. 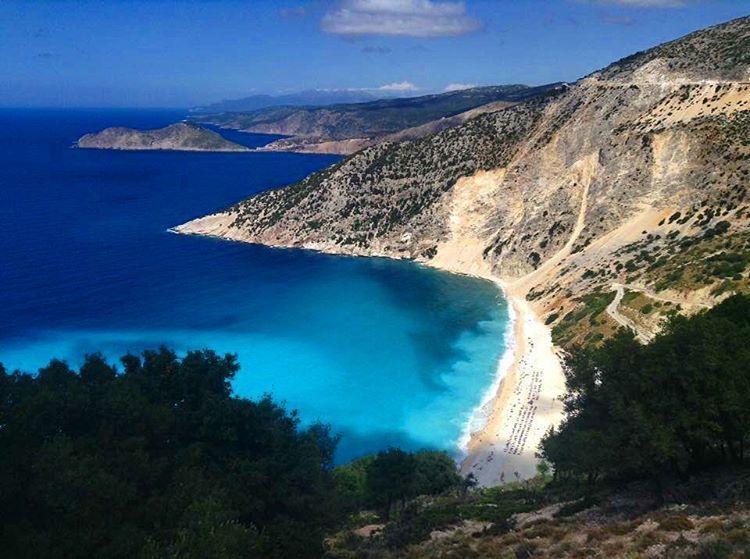 Cephalonia’s crown jewel, and one of the most famous beaches in all of Greece, Myrtos beach needs no introductions. It’s white, fine sand and azure waters are majestically enhanced by the natural light of the island, that reflects a myriad of hues, and tells a million stories. 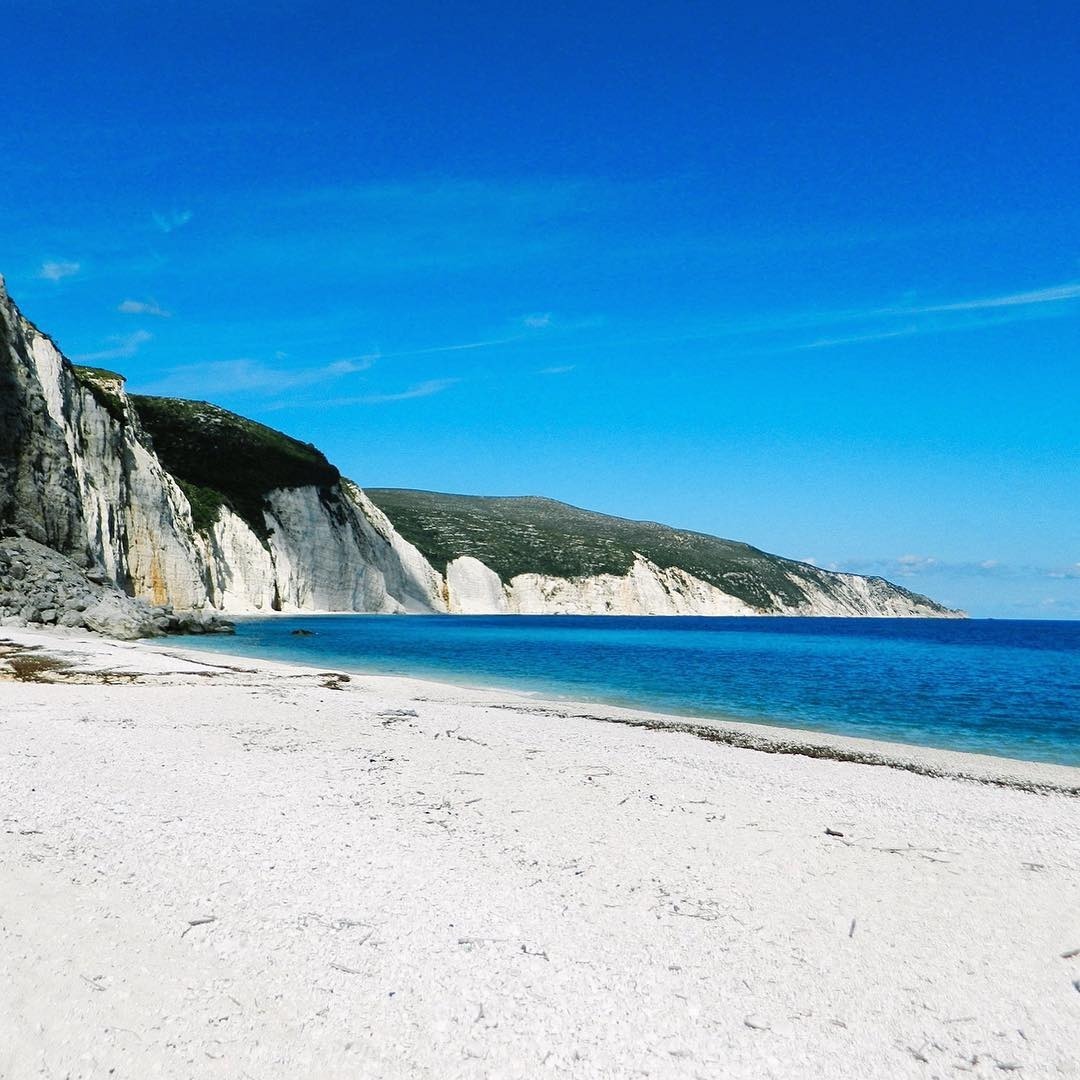 Just west of the famous bay of Myrtos, lies the smaller, more secluded beach of Fteri. The quality of the sand and the sea follow suit with the rest of Cephalonia, boasting crystal clear waters that grace the island’s shores, with vestal white and electric blue dominating the landscape of endless bliss. On Cephalonia’s transparent waters, de Bernieres has written: “Even the seawater of Cephallonia is easier to see through than the air of any other place.” 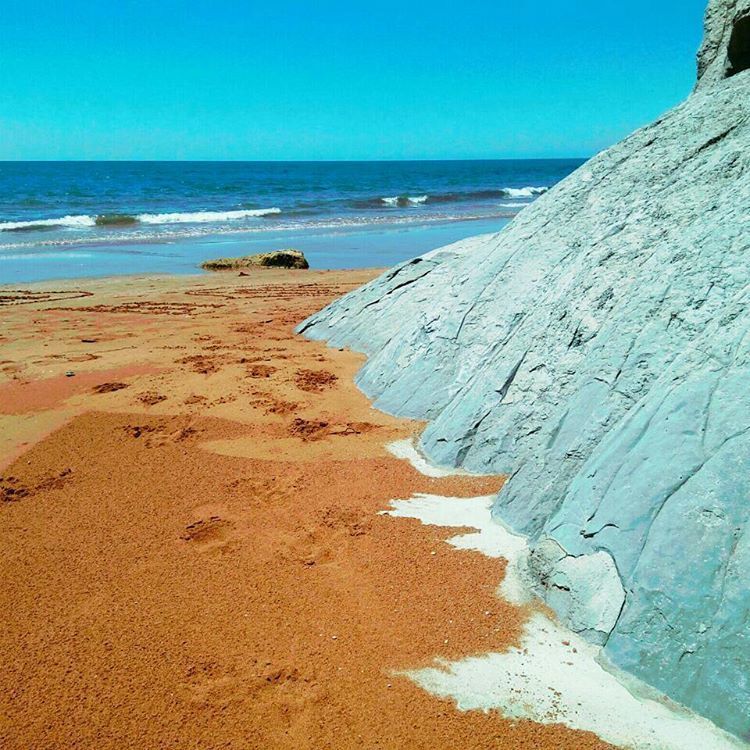 As if wanting to stand out from the rest, the striking red sand and the shore boulders of Xi reveal a different, almost extra-terrestrial side of Cephalonia. The clay sediment gives this beach a martian look which greatly contrasts against the lucid shallow waters. Sunbeds and umbrellas provide shade, while the additional benefit of a watersports centre make Xi beach a popular choice for families and adults alike!

If you are on a beach quest, be sure to check our some other amazing Cephalonian beaches... 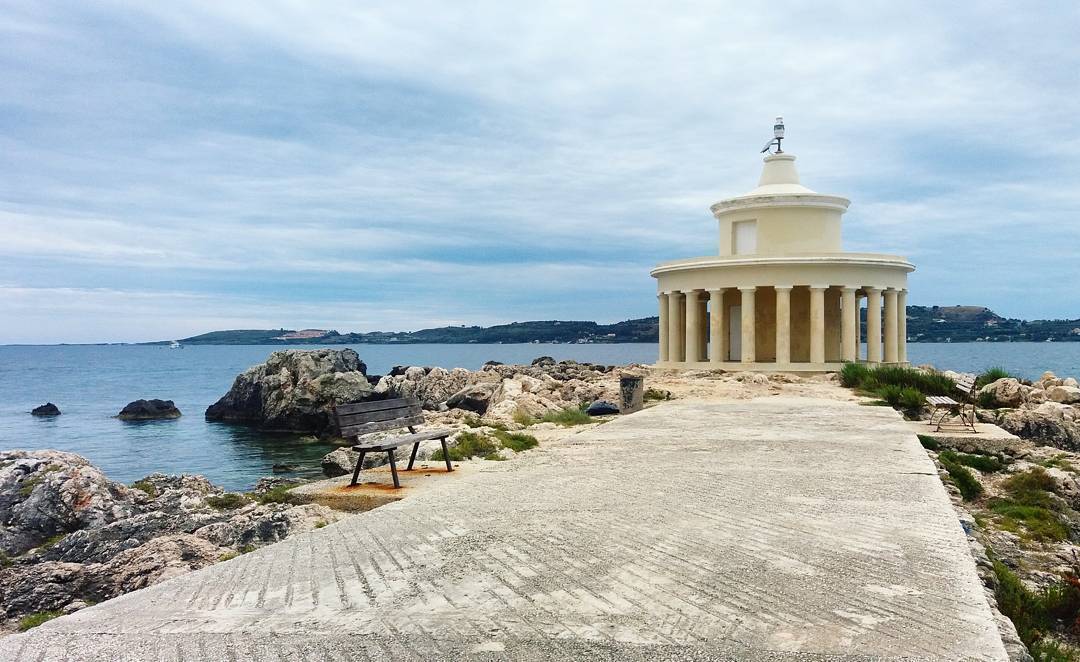 This peculiar structure, built originally in 1863, consisting of columns and a tower, more resembles a monument than a lighthouse. The white marble landmark reflects the golden sunlight, and stands out as a beacon of Cephalonia, by day and by night. It is beautifully lit at dusk and is incredibly romantic as you can walk up and down the peninsula’s promenade. 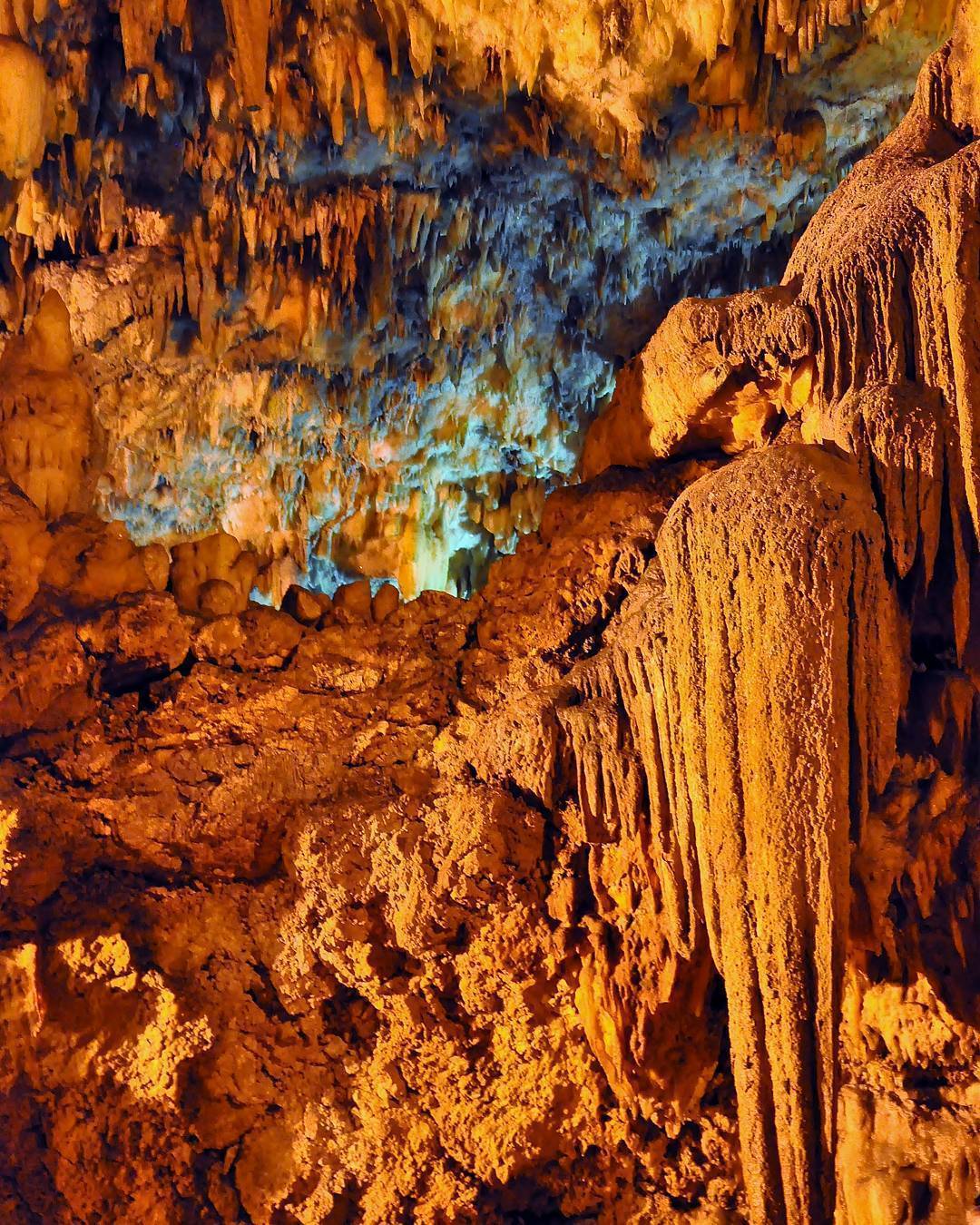 This 150m-year-old underground marvel of nature, with a plethora of porous stalactites and stalagmites, catches the light in such a way that it creates a mesmerising effect, visitors say. Intricate creations of nature and time, the textures, shapes, and detail on these formations is truly remarkable. The Drogarati caves burrow 60m into the ground, and lead up to a chamber of exaltation, a platform as such, that is occasionally used for cultural events, exploiting the natural echo as much as possible. 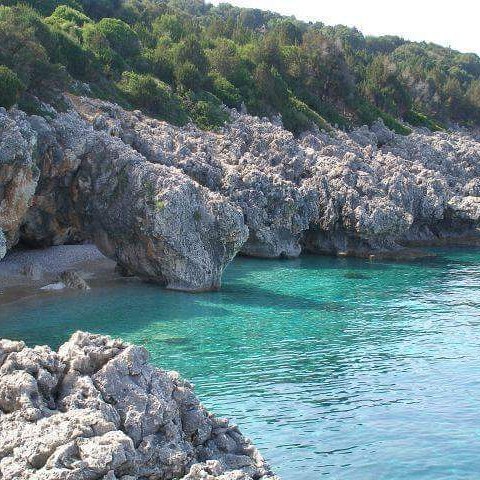 Cephalonia is full of lacy shores that harbour hidden coves and as the sun’s light shafts touch the harmonious landscape, every element becomes alive! The sun exposes so many tones of green, gray, and turquoise creating a sense of demure rapture for the lucky visitors that disturb its perennial slumber. 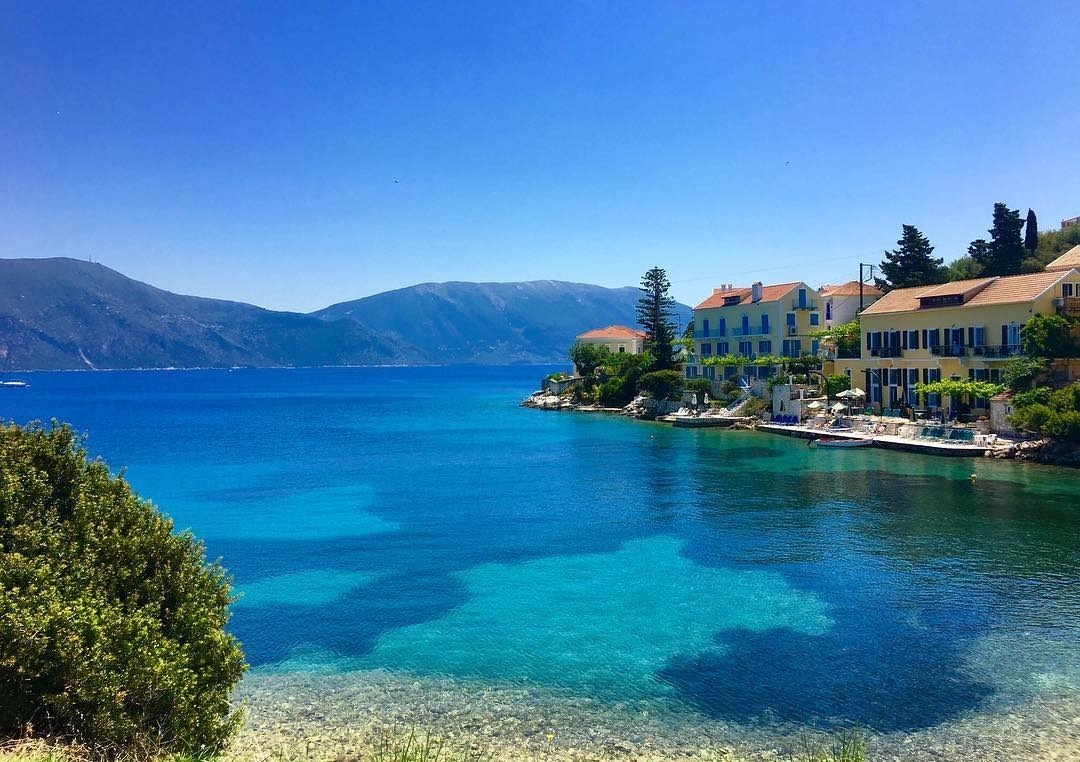 A beautiful capture of the Fiscardo fishing village, with the water glistening under the glorious Greek sun. Fiscardo is opposite to neighbouring island, Ithaca, which is accessible by a short boat journey across. 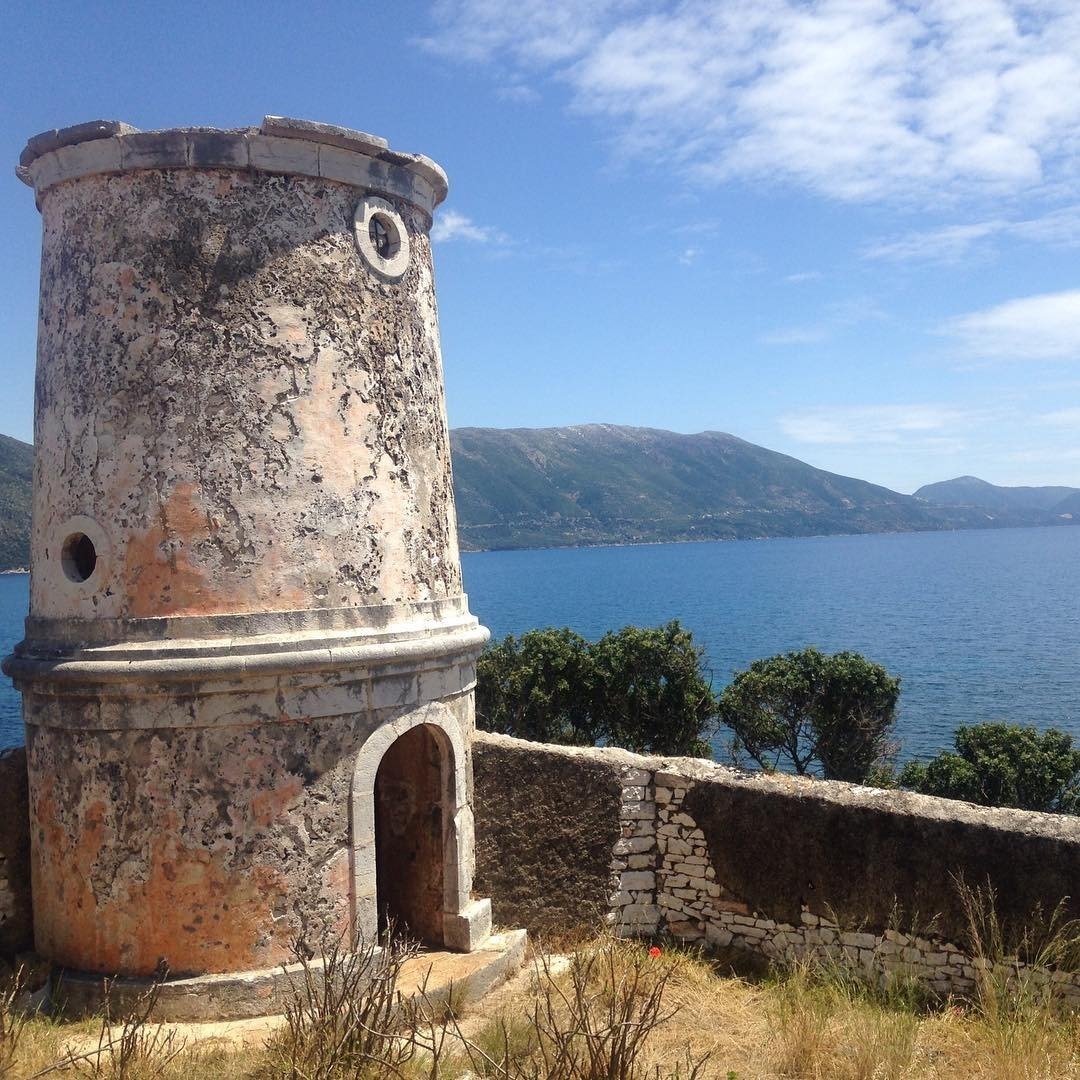 This 16th century watchtower was used to guard the narrow but deep bay of Fiscardo. The iconic lighthouse stands some meters apart from its more recent successor built in 1892,  and from its outbuilding that also served as guards’ house.

As striking as each image is, it does not compare to the magnitude of experiencing these places first hand and a single visit to Cephalonia will persuade you.

They say if a poet or author falls in love with you, you will live forever. So in the words of de Bernières:   “...the light of any other place is miserable and dank by comparison. “